The three Poisons (and their antidotes): IGNORANCE – 3/3

Of the three poisons, ignorance is the root poison (the root cause of suffering). From ignorance, attachment and aversion arise.

Jeffrey Hopkins states:
[It is] ignorance that drives the entire process… [Ignorance] isn’t just an inability to apprehend the truth but an active misapprehension of the status of oneself and all other objects—one’s own mind or body, other people, and so forth. It is the conception or assumption that phenomena exist in a far more concrete way than they actually do.

Based on this misapprehension of the status of persons and things, we are drawn into afflictions of desire and hatred [i.e. attachment and aversion]… Not knowing the real nature of phenomena, we are driven to generate desire for what we like and hatred for what we do not like and for what blocks our desires. These three—ignorance, desire, and hatred—are called the three poisons; they pervert our mental outlook.

Ringu Tulku states:
In the Buddhist sense, ignorance is equivalent to the identification of a self as being separate from everything else. It consists of the belief that there is an “I” that is not part of anything else. On this basis we think, “I am one and unique. Everything else is not me. It is something different.”…

From this identification stems the dualistic view, since once there is an “I,” there are also “others.” Up to here is “me.” The rest is “they.” As soon as this split is made, it creates two opposite ways of reaction: “This is nice, I want it!” and “This is not nice, I do not want it!” …

On the one hand there are those things that seem to threaten or undermine us. Maybe they will harm us or take away our identity. They are a danger to our security. Due to this way of thinking, aversion comes up… Then on the other hand there are those things that are so nice. We think, “I want them. I want them so much…” Through this way of thinking…attachment arises.

In order to live a life that is fulfilled and happy, we need to experience the mind’s inner peace. The various problems that we face, whether at work, with our families or due to inner anxieties, may at times seem endless. However, it is possible to discover an inner space wherein these difficulties begin to lose their hold on us.

We are all looking for happiness and inner peace, yet somehow it appears to be not so easy to gain this in the long run. Most of us manage to find balance and happiness for a while, but in the long run something always comes up to disturb this happiness and turns it even into suffering. Why does this always happen? What is the cause of this cycle and is there a way to break this cycle?

As human beings, we are subject to many negative habits. The most serious and detrimental being craving and anger, which stem from our emotional attachments to the concept of having an individual and permanent self, and to our lack of understanding our true place in the universe and our relationships with all those who inhabit the universe with us.

The cause of human suffering, as explained in Buddhist terms, is greed, anger and ignorance. These negative traits and fundamental evils are called the Three Poisons, because they are dangerous toxins in our lives. Not only are they the source of our unquenchable thirst for possessions, and the root cause of all of our harmful illusions, but they are painful pollutants, which bring sickness, both physical and mental.

Greed’s companions are desire and lust, and these passions and attachments cause us to want to “get hold of” things, and to have more and more of them. Anger’s friends are hatred, animosity and aversion, which cause us to reject what displeases us or infringes upon our ego. Ignorance, which is “not knowing,” especially not knowing our true nature, paves the way for delusion or in our believing something that is false.

These three—greed, anger, and ignorance—are called the three poisons.
Greed, or craving, arises from the mistaken idea that we can obtain and hold on to possessions, to ideas, and even to other people. Greed arises from selfishness, from the misconception that our bodies are who we are. Our greed and attachments tie us to unhappiness and lead us to much harmful behavior.

Because of greed, we become angry as others have or take something we want. Anger so often arises when our greed is unrestrained. Or when we do not get what we want, because others reject our ideas or obtain what we had wanted for ourselves. Or when what we have is taken from us, or those we love are lost to us. The ways that greed and attachments can overwhelm us and, then, lead us to anger are endless. And the pain generated, as a consequence, is infinite.

Anger in all it’s forms, ranging from frustration to resentment, animosity, and even cruelty, is one of our greatest problems. It arises before we even realize what is happening. Somebody says something and, in a flash, we are angry.

Why do we so easily become angry? We do so because we do not understand, we are ignorant of reality. We are attached to self-importance, our view of who we are, to the concept of “I.” When my concept of “I” is threatened, “I” very often strikes out in anger.

Ignorance, which is the root cause of all mental afflictions, is a lack of understanding —having wrong views and knowledge, and lacking correct knowledge

How can we eliminate our three poisons? In a session of 3 Lama Jigmé Namgyal will talk about the origin of these three poisons and how we can eliminate them (the antidotes).

Because the three poisons are very much interconnected we can only slightly make a differentiation between the lectures. So roughly said the subjects will be discussed in the following order:

The path to cultivating inner peace is fundamental to being human – there is no distinction as to religious, cultural or social background. These lectures are open to all.

At these lectures, you are welcome to ask critical or challenging questions. Lama Jigme would welcome this!

The lectures will be held in English. Some translation to Dutch is possible.

All benefits go to the Phuntsok Namgyal Ling Foundation: www.phuntsoknamgyalling.org

Lama Jigmé Namgyal was born into a nomad family in Golog, in the eastern part of Tibet, where he studied Buddhism from a young age. His root teacher was Khenpo Jigmé Phuntsok Rinpoche, with whom he studied at the university of Serthar Larung Gar for nine years.

After consulting his teachers, Lama Jigmé Namgyal decided to leave Tibet for Europe. He founded the Tibetan Cultural Centre in Luxembourg as well as the Phuntsok Chö Ling Buddhist Centre in Rotterdam. Furthermore, he raised Golog Support Foundation to provide medical care and education in remote areas of Golog, and Compassionate Leadership, aimed at bringing ethical decision taking into corporate management through training in mindfulness and compassion. This also includes an on-going programme at the Dutch army.

Lama Jigmé has much experience in spiritually accompanying the dying and is also deeply interested in interreligious dialogue. Through his pithy sense of humor, he is able to connect with his Western audience in an open and direct way, and to communicate an experience beyond words.

Love to see you there! 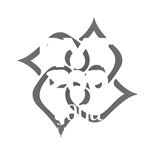